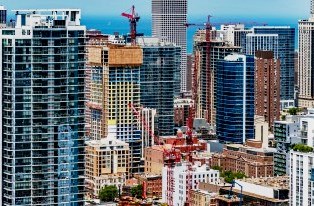 Developers are keeping Chicago architects and construction crews very busy this summer as the list of active high-rise projects continues to grow. At this point in time, the city has 44 such projects underway. Since this March, eleven developments have joined the list, while previously featured projects MILA, Marquee at Block 37, 4 E. Elm, LondonHouse Hotel, City Hyde Park, Kenect, 1333 S. Wabash, and The Parker Fulton Market opened for business and have been removed. The towers that join the list this round include: Vista Tower, 465 N. Park, Alta Roosevelt, 8 E. Huron, 3Eleven Illinois, 215 W. Hubbard/412 N. Wells, 625 W. Adams, 1001 W. Chicago, 165 N. Des Plaines, The Aberdeen, Fulton West, and the Lakeshore LDS Meetinghouse.

One other thing worth noting is that the current level of construction that the city is witnessing rivals that of the early recession years. This list represents thousands of new apartments and hotel rooms, and even some new downtown office space. The condo market is still thawing out from the deep freeze of the Great Recession, but we are seeing more new condos under construction today compared to this same time last year.

Mapping the 44 high-rises under construction in Chicago right now 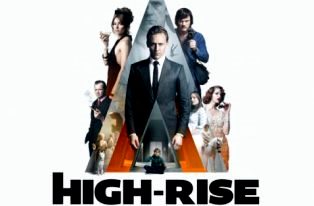