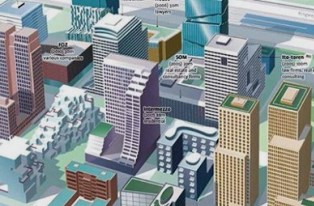 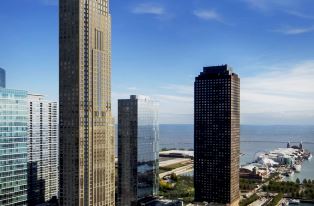 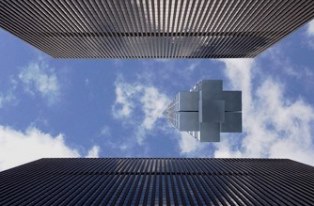 New York-based Clouds Architecture Office drew up plans for Analemma Tower to “overturn the established skyscraper typology” by building not up from the ground but down from the sky by affixing the foundations to an orbiting asteroid. “Harnessing the power of planetary design thinking, it taps into the desire for extreme height, seclusion and constant mobility,” said the architects, who have previously drawn up proposals for space transportation and a 3D-printed ice house on Mars. “If the recent boom in residential towers proves that sales price per square foot rises with floor elevation, then Analemma Tower will command record prices, justifying its high cost of construction.” 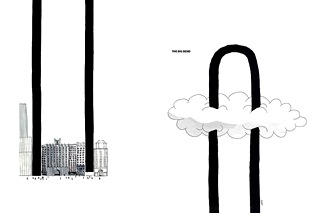 In response to the swathe of supertall luxury residential towers rising in New York, local studio Oiio has proposed a conceptual skyscraper that loops over to boast length rather than height. The Big Bend would be formed from a very thin structure that curves at the top and returns to the ground, creating what the architecture firm describes as the longest building in the world. Oiio, based in New York and Athens, came up with the proposal to highlight the race for height between Manhattan’s luxury condo developers. Real-estate companies are capitalising on a planning law that permits them to purchase air rights from neighbouring buildings, allowing for taller and taller towers on relatively small plots.

As part of the search of SkyHighCity for the best skyscraper of 2016, this time they look at North America. With 93 completed buildings of over one hundred meters to chose from, New York City appeared to have a number of strong contenders, so they decided to split this one up intoa Big Apple tournament, and one for the rest of North America.

With a tournament including the very well published VIA 57 WEST, 56 Leonard Street and 10 Hudson Yards, it’s perhaps a bit of a surprise that Robert A. M. Stern’s design for 30 Park Place took the crown for New York. JMGA196’s comment is the most convincing argument in this result.