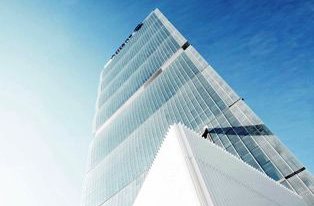 As part of the search for the Best Skyscraper of 2015, the following selection looks at the most striking new skyscrapers of Europe. The current Elite Eight tournament already has Moscow’s 354 meter-tall OKO-tower present, and together with the ones below they define Tall Europe in 2015. The traditional skyscraper cities, such as Frankfurt, Warsaw and de La Defence area in Paris are absent. Istanbul had a couple but they didn’t make the cut and boomtown London has just one horse in the race, albeit a purple one, which is indeed quite an uncommon facade color. Intead, cities like Seville, Lyon, Turin, Basel take the stage this year. Here is the voting bracket which decides which one will represent Europe in the grand finale.

« The Engineering of Architecture
More tall buildings planned for London »