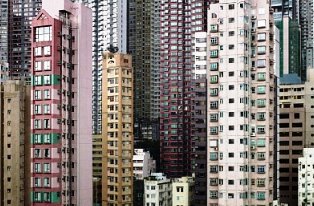 Although apartment living is widely seen as inappropriate for children, the number of families living in flats is rising, particularly in large global cities. What does the (new) urban condition of vertical family living mean for households with children? This question is explored in a qualitative study among middle-class parents in Hong Kong. They were invited to reflect on the specific housing situation of the apartment, the high-rise neighbourhood and the global city. The results of this study indicate the deconstruction of the single family home as the most aspired type of housing. Apartment living is not considered to be particularly negative by the families. The high-rise neighbourhood, however, is seen as constraining neighbouring. Only a minority of the families, particularly those residing in small-scale estates with good facilities for children, socialize with neighbours. Hong Kong as a large city is valued because of career chances and its efficient transport and safety, but child friendly (green) spaces and work-life policies are deeply missed. In the context of global competition, cities should be advised to pay higher attention to family needs in urban planning.