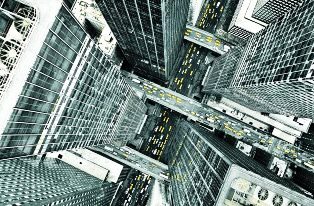 It’s clear that 2015 was a banner year for skyscrapers: Across the globe in that year alone, 106 tall buildings (above 200 meters, or 656 feet in height) were finished, surpassing 2014’s previous record of 99. The past decade has also seen over 650 tall buildings rise—a huge increase from the global total of just 265 back in 2000.

As the graphs below show, the vast majority of new skyscrapers have gone up in Asian nations—especially China. The United States is all the way down in sixth place. With just two skyscrapers completed in 2015—the same as Malaysia, Mexico, and Panama—America’s lagging performance caused the economist Tyler Cowen to jokingly refer to its “great skyscraper stagnation.”

The Relationship Between Skyscrapers and Great Cities – Tall buildings can add a great deal, but they also have their limits by Richard Florida