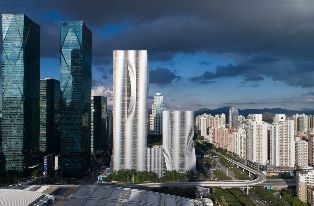 Rising high above the ground, towers are the most prominent structures of modern cities. extending life from the urban streets into the sky, they reveal creative ways to solve space problems that arise in crowded urban areas. In 2018, several towers were proposed and completed by award-winning architects that reveal innovative and creative approaches to verticality. A proposal by foster + partners caused a lot of discussion, while a competition to determine who would build australia’s tallest building generated a host of potential schemes. Completed projects by BIG and zaha hadid architects also made the headlines. As we move into december, we continue our annual TOP 10 round up of the year’s most talked about projects with a look at ten proposed and completed towers featured on designboom over the past 12 months.