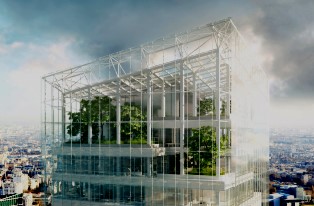 Seven new skyscrapers by architects including French architect Jean Nouvel and British designer Norman Foster have been proposed for the La Défense district of Paris, as part of an attempt to woo businesses from post-Brexit London. The family of skyscrapers was announced by French presidential candidate Emmanuel Macron during a visit to London last week, as part of a new marketing campaign for Paris’ La Défense district. Macron said the towers would cater to bankers, academics and researchers who might be forced to decamp from London to the Paris business district following the UK’s exit from the European Union. The seven skyscrapers named Trinity, Alto, M2, Hekla, Sisters, Air 2 and Hermitage will be located in the business district – where 40 per cent of workers are said to be employed by overseas companies.