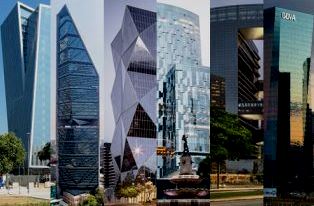 To find out which skyscraper was the best new one in Latin America in 2016, SkyHighCity asked her Latino members to come up with eight ones which they like best, to have all of their members take a vote on which one was best of all. Both Mexico City and Sao Paulo had two horses in the race, so these were lined up to find out which one was the local champ, being WTorre Morumbi in Sao Paulo and Torre Reforma in Mexico City. The latter went on to take the overall Latino trophy after taking out the BBVA in Buenos Aires. Felicitaciones a todos!